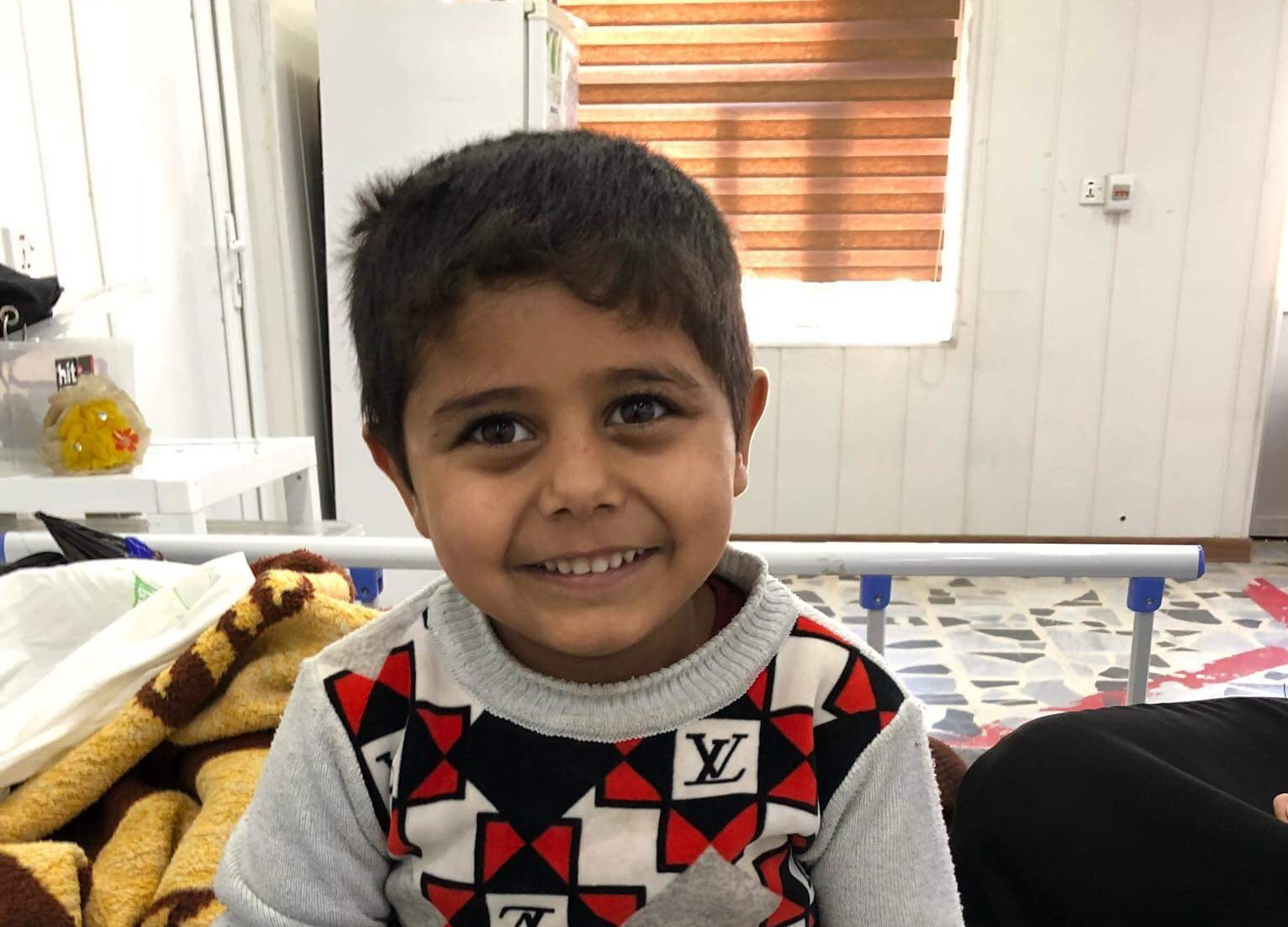 Abdulmalik and his mother sustained serious injuries in air strikes in Mosul before fleeing to the relative safety in the camps for IDPs (internally displaced people) located 25kms east of Mosul.

Darya, our pharmacist friend from Erbil organised the transfer of Abdulmalik and his mother to a hospital in Erbil for surgery for both of them.

The doctors report: “Abdulmalik has cut all tendons of extensor compartment with malunion of both distal ulna and radius.  He requires two operations to do a tendon graft and repair.”  These surgeries were imperative for Abdulmalik to ensure that he regains full use of his right arm and wrist.

Abdulmalik underwent the first operation on Saturday 23 December 2017 at a cost of USD2,000 which Operation Hope raised through our Christmas Appeal.

Abdulmalik’s mother sustained chest and back injuries in the air strike but insisted that Abdulmalik receive his surgery first.  She was operated on in the Erbil hospital in late December 2017 at a cost of USD400 with funds raised through the Operation Hope Christmas Appeal.

Both Abdulmalik and his mother remain in the hospital in Erbil.  Abdulmalik’s second operation is scheduled for  13 January.

Abdulmalik is obviously recovering very well.  His conversation when Darya visited him in hospital today “Why its about two days you didn’t come to the hospital!”  Darya “Should I come every day to meet you”. Abdulmalik “Yes everyday come and visit us haha”

Thankyou for your donations. Both surgeries for Abdulmalik have been completely funded by your donations to Operation Hope Christmas Appeal.

Help us to help others by subscribing. We'll send you occasional web and blog updates and let you know about progress on projects as they develop. Your email details are secure and will never be shared.
Loading Comments...
%d bloggers like this: