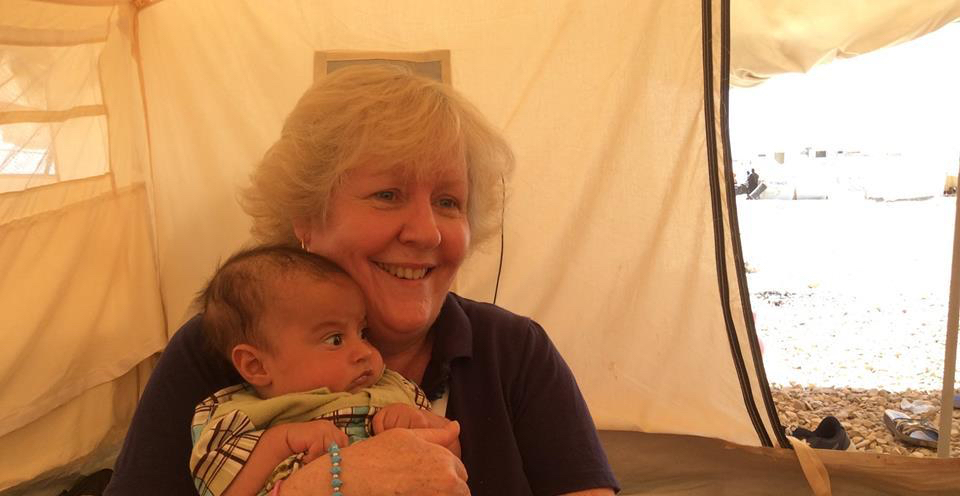 Click below to listen to interview with Erica Henley, Founder and Chairwoman of Operation Hope Australia with SBS Kurdish (in english)

“I am a very ordinary woman who has been fortunate enough to be able to participate in some extraordinary projects.  I live in Newcastle, I am married and have two adult sons.”

Erica Henley is an advocate for human rights, especially for those who have been internally displaced within their homeland or have had to flee their war torn country as asylum seekers or refugees.

She continually feels the call to help those who have experienced trauma and tragedy through war and genocide.

“I love that I am in a position where I can actually help and make a small difference in the lives of these people who have suffered extreme trauma and tragedy.”

Ms Henley is a humanitarian volunteer – which means her volunteering work has included assisting teaching english in the camp schools, administration, fundraising and organising groups of volunteers.

Since 2016 she’s volunteered in Greece and Iraq in the camps for refugees and internally displaced people.

“The relationships and friendships that are built are just beautiful,” Ms. Henley told SBS Kurdish.

Ms. Henley is the founder and chairwoman of a not for profit organisation called Operation Hope Australia Ltd which was successfully registered in NSW in 2018 as a charity and a benevolent institution.

“I reflect on what we have been able to achieve in the last three years as a tiny little charity, we are now registered and raised close to $100,000 in three years,” said Ms. Henley.

In March this year Erica Henley and her husband travelled to Kurdistan Region, Iraq to gain release of their 40ft shipping container filled with aid, out of customs in Kurdistan, transported into a camp then unpacked ready for distribution of the medical equipment to 12 hospitals in Syria and Kurdistan Region and aid to displaced people and refugees in seven camps in the Duhok province.

(Kim Henley sorting some of the medical equipment)

“I have led small teams of Australian volunteers to Greece in 2016, and Kurdistan Region, Iraq in 2017 & 2018.   It is hard to try and imagine and come to terms with what these people have suffered,” Ms Henley said.